Who Has the Best Barbecue in California’s Santa Maria Valley 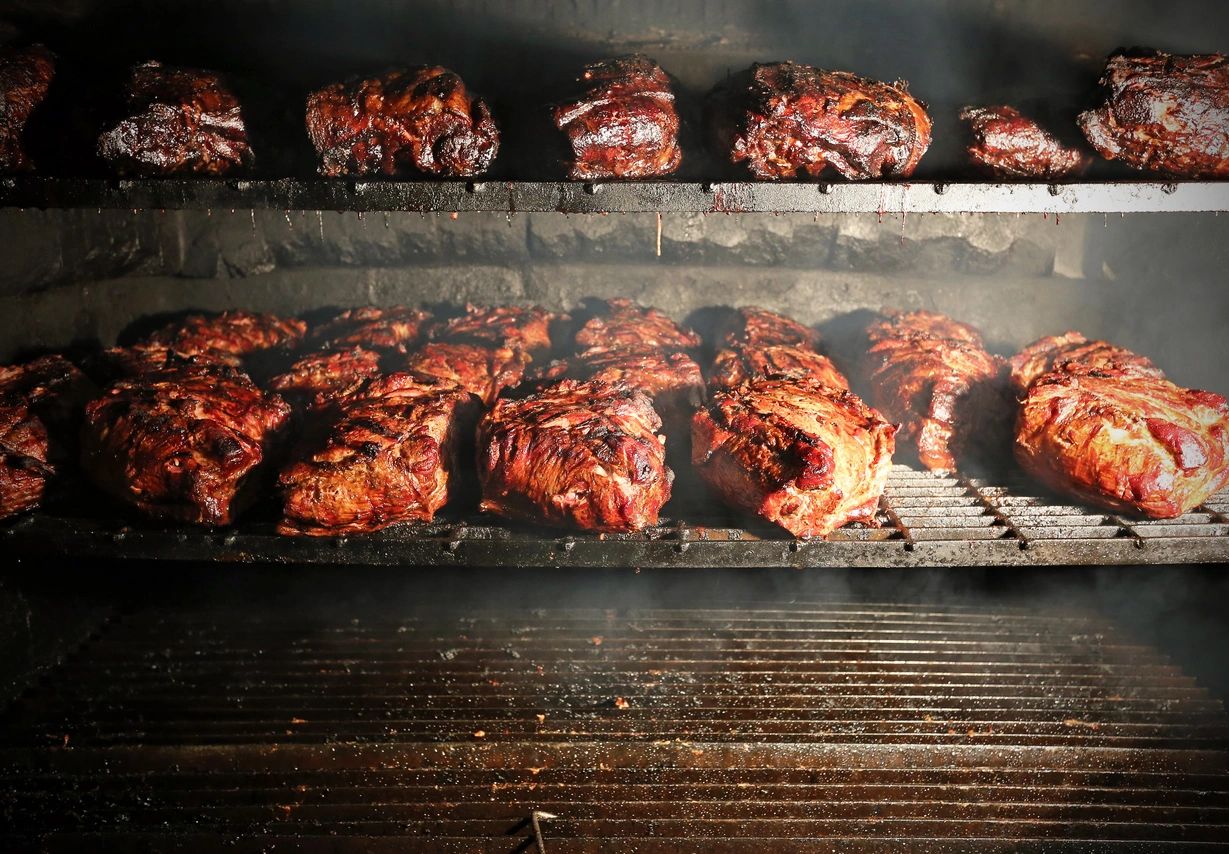 The Santa Maria Valley, just north of Santa Barbara, is known for two things – beef (Santa Maria style barbecue to be exact) and wine – such a delicious combination. I spent a few days there to find the best of the best of each, and I was especially on the hunt for the best Santa Maria bbq.

First, I’ll tell you that this is one of the most spectacular solo drives through California. Driving the 101 north through the Santa Lucia Mountains is simply stunning. My trip took a bit longer than planned because I kept stopping to take pictures of the amazing landscape.

I’m a Texas girl so I was surprised to find that many consider Santa Maria Valley to be the barbecue capital of the West. When I think about what makes the California coast iconic, I think about wine. And surfing. Or drinking wine while watching surfers. But I never thought of the region for beef, or barbecue. Turns out, Santa Maria style barbecue is quite a secret and only those who dare to explore this region will discover the best Santa Maria bbq.

Where to eat the best Santa Maria bbq

Far Western Tavern
The Far Western Tavern has strong roots in the Santa Maria Valley serving contemporary California ranch cuisine. The restaurant was established in 1958 and has passed through three generations of the Minetti family and recently made the move from its origin in Guadalupe to Orcutt. Recognizing that the restaurant was famously recognized for its interior furnishings, the owners took great pains to preserve many of the establishment’s iconic features and incorporate them into the new space. The signature antique mahogany bar, antique gas ceiling lamps, stained glass panels and mounted animals all made their way to the new restaurant. A large mural painted by legendary Western artist Ernie Morris was also preserved to hang in the new dining room, as well as other pieces of Western art.

Far Western Tavern is white tablecloth fine dining with that California ranch feel and a menu that is divine. You can make an entire meal on the appetizers with hearty selections like Mac N’ Cheese Relleno, Filet Mignon Carpaccio and Prosciutto Wrapped Jalapeños. The 8 oz. Oak Grilled Tri-Tip is the menu’s featured selection, served with corn & pinquito bean salsa, garlic mashed potatoes, shishito peppers, and avocado verde sauce. I opted for the Stout Braised Short Ribs with creamy herbed polenta, baby romanesco, and crispy onions, and it did not disappoint.

Rooney’s Irish Pub
You might be surprised to find an Irish pub in cowboy country but it’s the perfect complement to the rustic fare found in the Santa Maria Valley. But the owners wanted to bring their love for Ireland, its people, countryside, and “craic,” to residents of visitors of the region.

Rooney’s is a fine dining gastropub with classic Irish dishes like Bangers & Mash, Corned beef, and Fish & chips. “The Lost” shepherds pie with Guiness-braised Angus short rib, celery and carrots atop creamy cheddar-chive mashed potatoes is a must try. And what would an Irish pub be without beer? Rooney’s brews a number of its own ales – Ambers, Blondes, Porters, and IPAs, and also serves a selection of other craft brews.

Shaws Steakhouse
Shaws is one of the original family steakhouses, opened in 1953. You can watch the chef prepare your meal on an open flame grill that dates back to the 19th century. The interior conjures up traditional steakhouse visions – lots of dark wood, brass, and walls lined with western-inspired photos. My childhood memories of family steakhouses were triggered as the waitress set baskets of packaged crackers with butter in front of me, along with a relish tray of sliced fresh vegetables and a bowl of salsa.

Read about my favorite wines of the Santa Maria Valley.