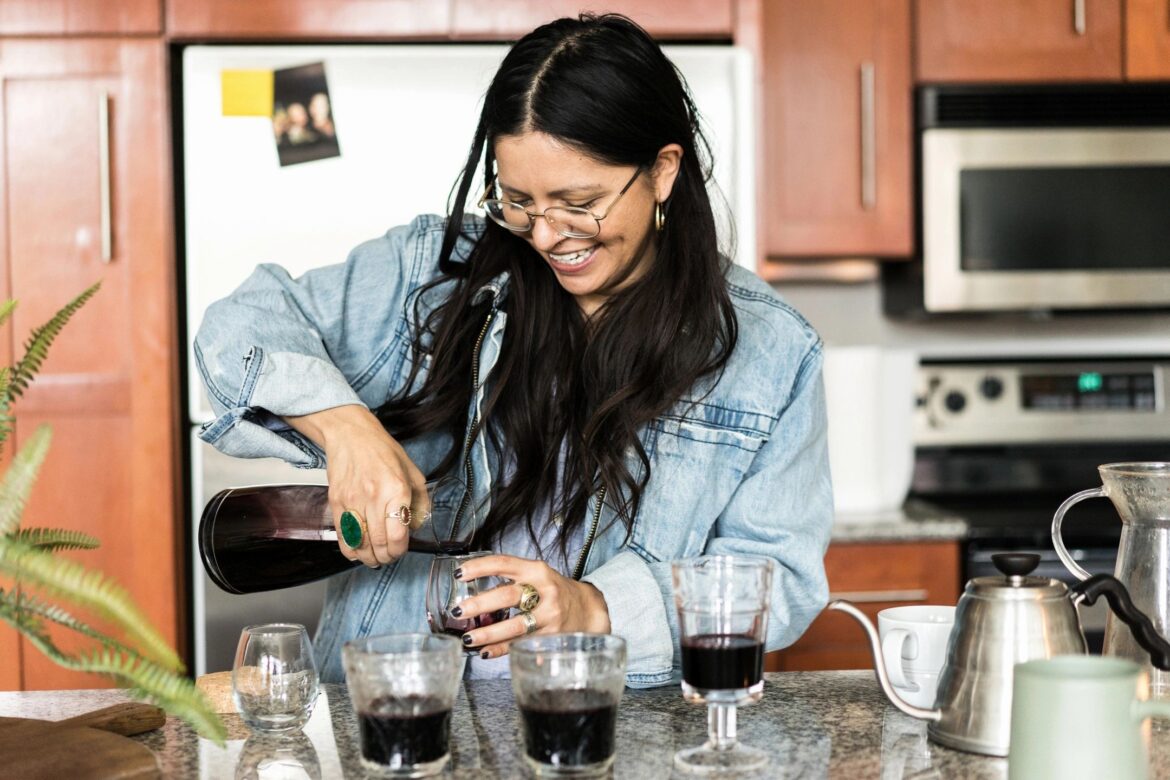 Spain is one of the European countries I have not spent much time in but it’s pretty high up on my list of places that I need to get to know better. I developed an affinity for Spanish wines, primarily Tempranillo, on a trip to Madrid. And I’ve made it my mission to learn more about them.

I love talking to winemakers, mainly because I believe they express their personalities through the wines they produce. Seriously, I can taste personalities. I once met a winemaker who was a theatre major in college and I would describe his wines as very animated. While the architect turned winemaker’s wines were a bit more subdued and predictable. And while I’ve written about a few female winemakers in the U.S., I had not met any in Europe. So when I was invited to sit down with one of Campo Viejo’s winemakers, Clara Canals, for dinner, I was excited to hear her story. It turns out, it’s a much bigger story as Campo Viejo, one of the largest producers of wine in Spain, is actually led by three female winemakers. I would say that’s pretty unusual even for the U.S.

When Campo Viejo’s Chief Winemaker Elena Adell began her career, she was one of the few practicing female oenologists. The world of wine was, and still is, dominated by men. Yet with women like Elena forging new paths, more women are playing lead roles at wineries around the world. Campo Vieja’s other two winemakers, Clara and Irene, come from a generation where it is more common to see women in the world of wine. What is not so common is to find a winery the size of Campo Viejo with an oenology team made up exclusively of women.

Like many winemakers in the region, Elena learned the business through her family, more specifically, her grandfather. She says, “It was virtually inevitable that I would end up in vines and wines”. Her educational background is rather impressive – She is an Agricultural Engineer who specialized in Phytotechniques and earned a Senior Specialist in Viticulture and Oenology, with specific training in Quality and Environment. She began her professional career in the Department of Agriculture and Food of La Rioja leading the vineyard section before becoming part of Bodegas AGE (D.O.Ca. Rioja) as the Quality Manager. She joined Campo Viejo in 1998 and was one of the first winemakers to establish the brand and she is integrally involved in overseeing the DOCG in Rioja.

By some claims, she is the foremost expert in making Rioja wine. Her aim is to discover new ways to create interesting, expressive wines that best showcase the vibrancy of Rioja and Tempranillo. “I adore working with Tempranillo. It’s such a versatile grape. I love seeing the many different ways it can express its character in such a diverse range of wines.”

Clara was essentially raised in Rioja so it’s no surprise that she entered the region’s prized wine industry. She obtained a degree in biology and biochemistry, yet her travels and love for the region led her to seek a masters degree in oenology and viticulture.  She has extensive international experience working with the wineries in France, Australia, South Africa, Argentina, and New Zealand before arriving back in Spain at Campo Viejo.

Irene is the newest addition to the team of female winemakers conquering the Spanish region. Raised in Rioja, she studied pharmacy before she felt a calling from the grapes. She obtained her degree in oenology from the University of La Rioja where she worked in local wineries before joining Campo Viejo in 2016.

I asked Clara how they work together as three individuals with such strong educational foundations in winemaking. “We all approach our craft from different perspectives. As Director of Oenology, Elena leads the team creating the fundamental guidelines yet we all three work together during the harvest, winemaking process and aging process where we collaborate and learn from each other,” she said.

Elena, Clara and Irene are all very active in the vineyard. “It is the origin of everything, and it is imperative to know how to extract the full potential from the grapes,” according to Elena. “The field visits, the harvest date for each plot, and the planning are crucial so we are all very hands-on in the vineyard.”

Tempranillo Rosé – this light, crisp Rosé was the perfect conversation starter. Despite its lightness and smoothness, there was a depth of fruit flavors including strawberries, plums, and blackberries, with just a floral hint of roses and violets.

Tempranillo 2014 – I love a good Tempranillo and this one does not disappoint. Described by Elena as, “A bold and fresh 100% Tempranillo wine that showcases the vibrancy of Campo Viejo and its home of Rioja.” The deep red cherry color had the perfect balance of intensity and sweetness with notes of vanilla and spices. It had a long finish with notes of the fruits, vanilla and cocoa.

Garnacha 2013 – this Garnacha had a depth of flavor that was a bit more complex than the Tempranillo. It was a bit brighter with more pungent berry flavors accented with floral and spicy notes. It is described as “An innovative and expressive fruity red wine, which is a reflection of Campo Viejo’s commitment to pushing the boundaries, and expertise in Rioja winemaking.”

Riserva 2012 – This elegant blend of 85% Tempranillo, 10% Graciano, and 5% Mazuelo was perfectly balanced. Elena describes it as, “An approachable yet complex wine, capturing the very best that Rioja has to give, thanks to the winemaking artistry of the Campo Viejo winemaking team.” Lots of fruity notes (cherries, black plums, ripe blackberries) with hints of spicy elements including clove, pepper, vanilla and coconut.

Gran Riserva 2009 – The same 85% Tempranillo, 10% Graciano, 5% Mazuelo blend as the Riserva, this wine had a more complex, smokier flavor with hints of wood and spices. The longer finish gives off notes of coffee with chocolate. “A complex, elegant expression of premium Rioja vines, this finely balanced and uniquely fruity Gran Reserva packs smoky nuances into a modern classic.”

Elena, Clara and Irene say that every day is different and every vintage is a new challenge. But their collective passion goes into every bottle of Campo Viejo and it’s rewarding to know that their wines are  enjoyed by so many people around the world.